Getting to know… Ruddy Muddy! 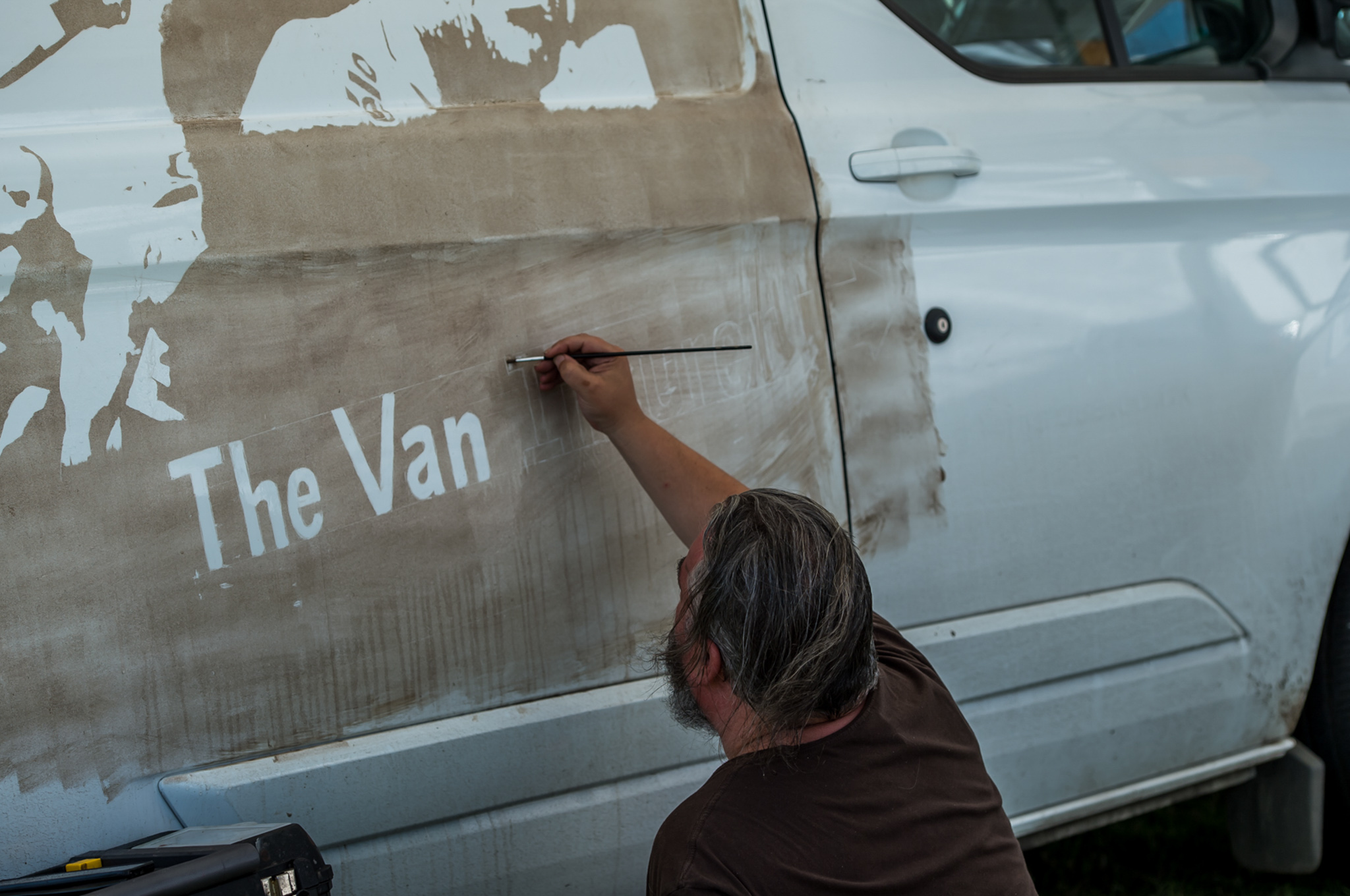 We were so pleased to team up with the legendary grime artist Ruddy Muddy at this year’s Transitmania!

His incredible artwork has been making waves across the country, so we thought we’d grab him for a little chat to find out more about how he got started as an artist and his favourite work to date.

What do you think of the event so far? Have you had a chance to look around?

Transitmania is a really cool event, I’ve had a good look around at some of the artwork and some of the old Transits.

Some of the new stuff is very, very cool and it’s been a great day. It’s sunny, a bit warm but I’m under shelter so it’s been perfect.

Tell us a little bit about what you do, how did you get into ‘graffilthy’?

Okay, so I basically draw pictures in the mud on vans. I’ve been doing it for probably about fifteen years now but as Ruddy Muddy for nearly ten years.

It started because I was a delivery driver and people would write rude stuff when my van got dirty. My children were small so to cover it up I would start to doodle over the top, and it kind of developed from there.

What’s been your favourite design to date?

I think my favourite design was something that’s quite personal to a friend of mine, it was a picture of her son who sadly passed away. But, as well as things like that, a recent picture that I did of Sabine Schmidt and Murray Walker – that was really popular with everyone, and I enjoyed doing that because they were obviously both legends in motorsport.

One of the ones that I did right at the start, and one of them is on my t-shirt now, was a couple pictures of Liam Gallagher, which he kindly shared on his social media. 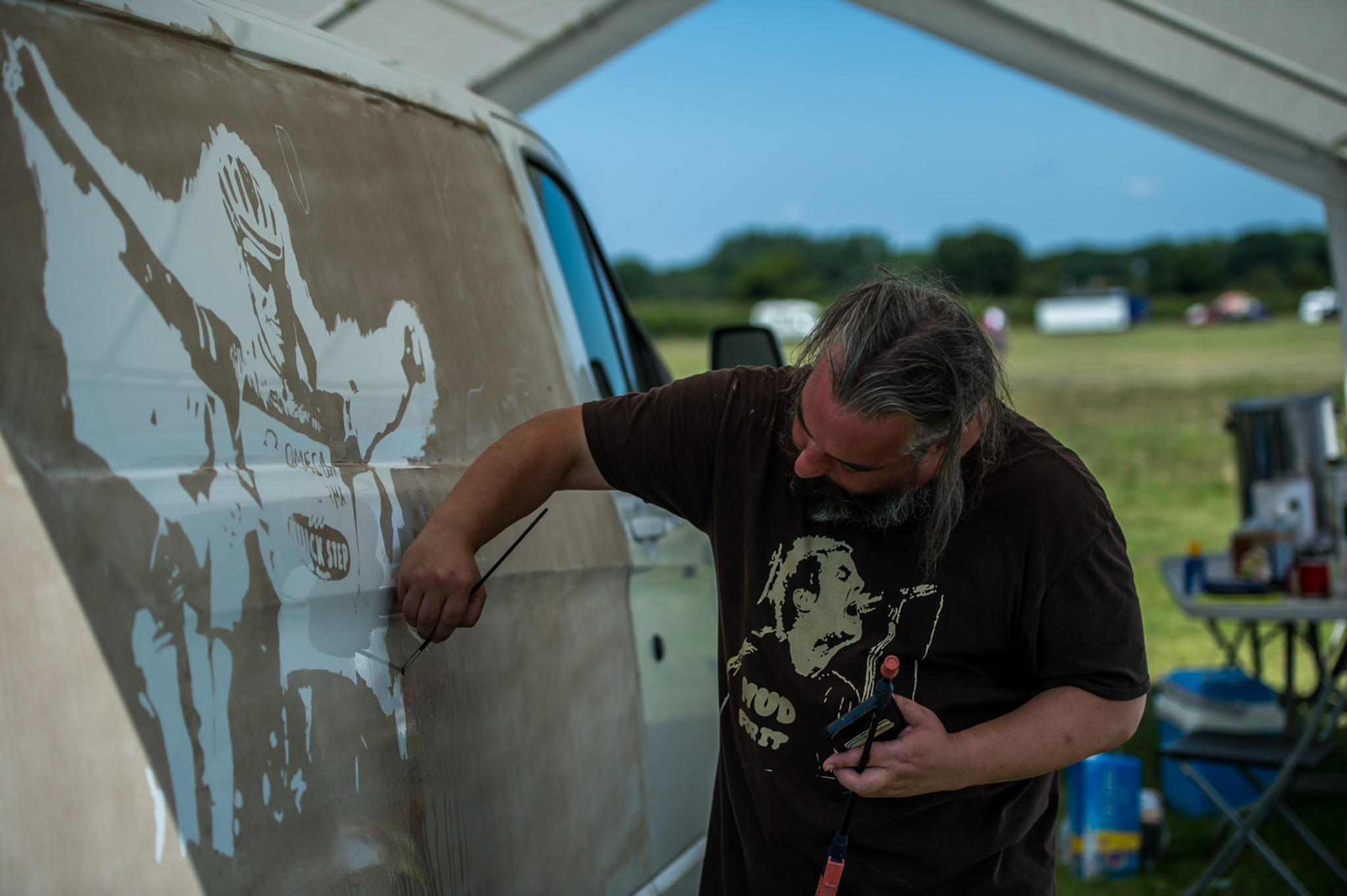 Is there anybody who is still on your hit list?

I think that the list of pictures that I’ve wanted to do, and I’ve been asked to do is, is rather long, so there are always people I’m looking forward to doing. But one that has been requested a lot is Diana so to have been able to have done that today here at Transitmania has been rather cool.

I’m definitely coming back next year!