Vauxhall has recently released details and pricing for its all-new Combo panel van, which we can expect to see landing in Vauxhall showrooms from December. 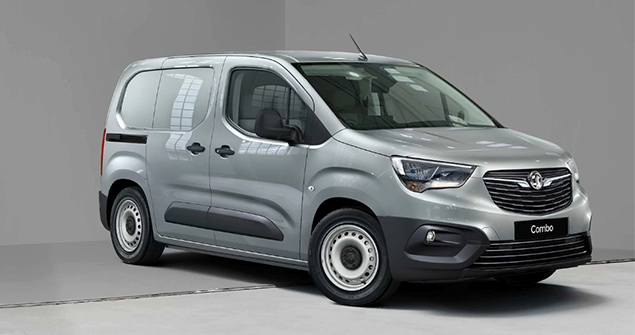 Available in several variants, including short wheelbase, long wheelbase and crew cab, both petrol and diesel engines are best-in-class on fuel economy and CO2 efficiency, making it quite a tempting option if you’re in the market for a new van that can be truly put through its paces.

For more heavy-duty work it can carry a load volume of up to 4.4m3 and a payload of up to a tonne.

Rear swing-doors and a roof hatch also ensure that longer items up to 3440mm, such as pipes and ladders, can be stored at an angle without having to leave the rear door open.

The Combo’s crew cab body style has been designed with versatility in mind.

There’s room for the driver and up to five passengers, with the load safely stowed behind a partition wall.

In addition, the rear bench can be folded down and the partition moved behind the front seats as required.

Vauxhall has also given a great deal of thought to the Combo’s tech specification and safety features.

A sensor-based load indicator warns if the van is overloaded and, once the engine is switched on, a white LED lights up if the weight exceeds 80 per cent of the permitted payload.

If the weight is above the limit, an orange signal with an exclamation mark lights up.

Other innovations include a rear-view camera that acts as a digital rear-view mirror, and a second camera in the passenger-side door mirror which gives the driver an additional blind-spot detection aid.

The ‘Flank Guard’ is a sensor-based system that supports the driver while turning at low speeds.

This provides a warning when there’s a risk that the vehicle’s side will collide with an obstacle.

The integrated navigation system includes European maps and 3D navigation, also showing Traffic Messaging Channel updates – so you can always select the best route and avoid getting caught in traffic.

“Practical, comfortable and packed with all latest driver assistance and connectivity technology, the new Combo is the small van that meets all your business needs.”

If you’re tempted to take the Combo for a test drive, pricing starts from £16,518.33 excluding VAT.