Hunt for the Modified Van of the Year begins 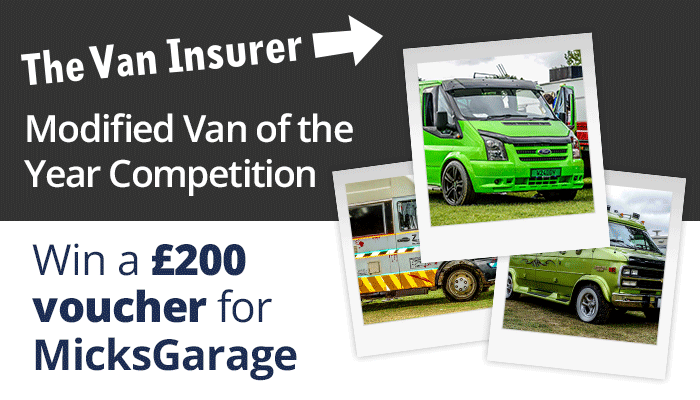 Modified vans are incredibly popular in the UK – probably more than you’d think – and at The Van Insurer, we absolutely love them.

Whether you’ve kept things relatively simple and given your transit a customised paintjob or whether you’ve gone the whole hog and stripped out the backseats, thrown in a mattress and installed a sink, if it’s a van and it’s modified, we’ll enjoy it!

Because we’re so obsessed we’re on the hunt to find the UK’s Modified Van of the Year.

That’s why we’re asking any proud modified van owners to give us a brief description of their van and what they’ve done to it, as well as some before and after pictures of the modifications that have been carried out.

If you’re the chosen winner, you’ll get a £200 voucher to spend at MicksGarage.

This competition is now closed