Should you buy a dashcam? 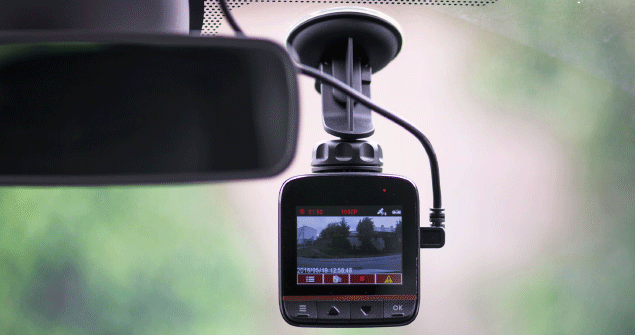 When dashcams first appeared in the 1980s, they were installed in police vans to help keep officers safe while on duty. Back then, they were bulky and expensive, but today the best dashcams on the market are much smaller and cheaper, making them increasingly popular with van drivers.

If you’re still asking yourself, “should I buy a dashcam?”, then look no further. Here at The Van Insurer, we’ve devised a list of the pros and cons of getting a dashcam to help you make that all-important purchasing decision.

Dashcams not only record the road and other drivers, but they allow you to monitor your own driving too. You can watch back the footage and review any potential hazards you may have caused or missed. As a result, the dashcam will encourage you to push away those dangerous habits, favouring better decisions and safer driving.

One huge benefit of having a dashcam is that it can monitor your vehicle when you’re not in it. Some dashcams can continue recording even if the engine is switched off, so if someone parks a little too close to your van you will know about it.

Additionally, some dashcams have GPS functionality for added security, which gives you a much greater likelihood of finding and recovering your vehicle if it’s stolen.

The ability to capture accidents is one of the main reasons why road users buy dashcams. Should you be involved in or witness an incident, the dashcam can provide evidence should it be needed. It is tactically placed so that the whole road ahead is recorded. As a result, you will be far less likely to pay for damage that wasn’t your fault, ensuring that the guilty driver is liable for any repairs.

An advantage of having a dashcam is that it allows you to report irresponsible and dangerous driving. It can capture the vehicle’s number plate and record any incidents of dangerous driving so that you can keep other road users safe. 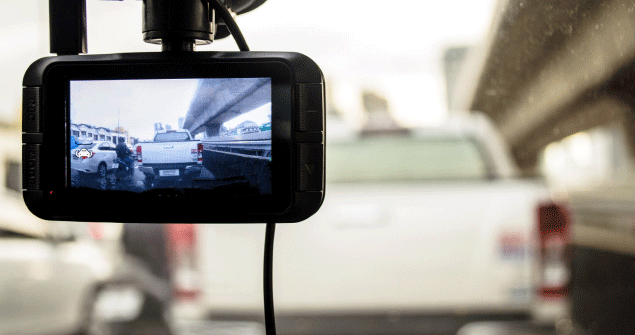 Despite dashcams reducing in size over the years, they can still act as a distraction, tempting the driver to look at what is happening on screen, rather than on the roads. What’s more, they are specifically placed so that they can capture the entire road ahead, but because of this, they can cause blind spots.

It can be tempting to share clips onto social media but doing this can put you at risk of violating personal privacy and so you could find yourself in court as a result. So be sure only to share the footage when it is necessary.

3) Your dashcam footage can be held against you

If you are the driver guilty of an accident, then your own dashcam footage could help build the case against you. But don’t let this put you off – if anything, it should encourage better, safer driving!

4) Can attract thieves if kept in view

Your vehicle is most at risk of theft when expensive technology or devices are in view. As mentioned, dashcams are deliberately placed in the windscreen to capture the road and do their job. But this means they are on display, meaning that having one in your van may make you more likely to be a victim of theft.

Can having a dashcam affect my insurance?

Having a dashcam in your vehicle can affect your insurance premium, but for the better. They can encourage better driving, as no one wants to be caught on camera doing something they shouldn’t have done and so as a result, some insurance brokers might offer a discount to drivers with a dashcam installed.

Check with your insurer to see if they offer such a discount or see our other suggestions for lowering your van insurance costs.

Is a dashcam worth it?

Not only can dashcams provide security and safety on the road, but they can capture great memories from your road trips. They are more affordable with much better video quality than they once were, with smaller models available for as little as £49.

However, some countries have banned dashcams due to data protection and intrusions into privacy, so be sure to look up where these countries are before going abroad.

Don’t forget, for a quick and easy insurance quote that’s tailored to meet your needs, visit our website www.thevaninsurer.co.uk.