REVEALED: The most expensive locations to insure your van

The Van Insurer has revealed the most expensive places to insure your van in the UK.

And if you live in London or Liverpool, it makes for some pretty depressing reading.

If you live on the slightly quieter Isle of Man you’ll be less upset after it was revealed that the Manx isle was the cheapest place to insure your van in the UK. 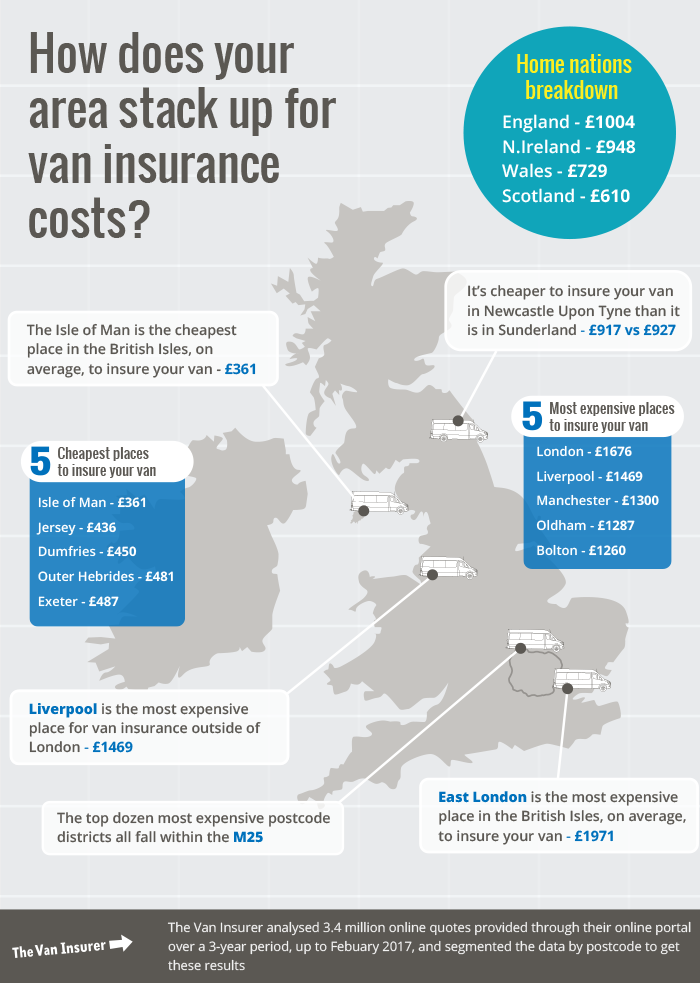 The results are based on more than 3.4 million quotes through The Van Insurer over the last three years, up to and including February 2017.